During COVID, we are instead making a monthly cash donation and have instituted a biweekly “Egg Roll” program. Boil the eggs and roll up to the church kitchen for drop off on alternate Fridays between 9 AM and 9:30 AM.

Details:
PREPARING THE EGGS
**Bring as many eggs as you like; no maximum or minimum!
** Hard Boil the eggs. DO NOT PEEL THE EGGS! Casa Maria prefers unpeeled eggs, easier to pop into a lunch bag.

**Cool in the refrigerator at least overnight. They can be made a few days ahead.
** On Friday, Bring the eggs COLD.
**PLEASE use the egg carton for transporting the eggs.

**Please follow directions on the attached map (If you prefer, step by step directions are below:)****
If we all go in the same way, drop off will be easy and safe
**Stay in your car, volunteers will take the eggs from you.

****Step by step directions:
Drive north on Wilmot from Broadway
Just past the library turn right into the alley south of the school and then left (north) onto the road between the park and the school.
These are dirt alleys, watch for potholes.
Pull up to the kitchen door, we will take the eggs from your car. 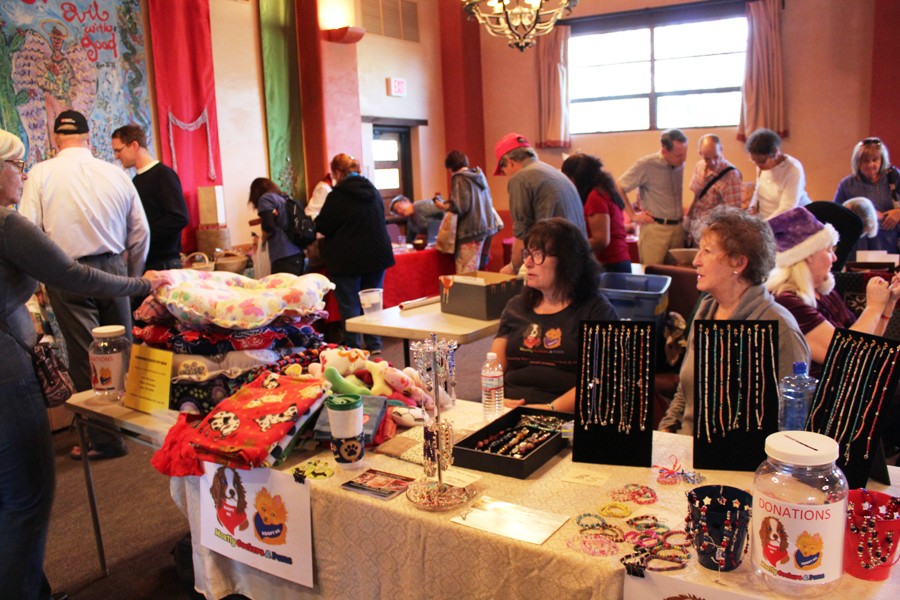 Angel Tree—At Advent a Christmas tree goes up in the back of the church, filled with the names and ages of children of prisoners and others in need of presents. 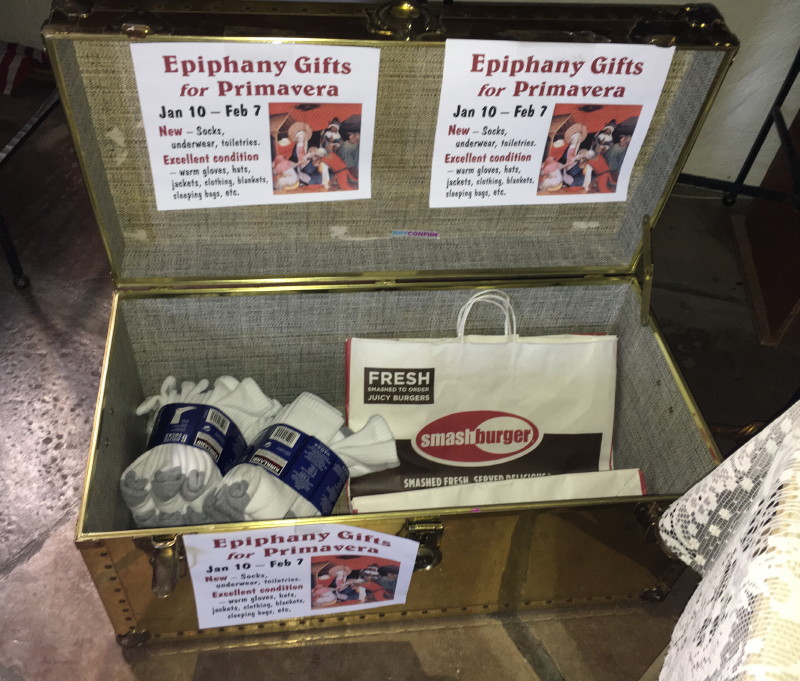 Women’s Ministry (formally Episcopal Church Women)—meets on the third Wednesday of every month at 10:30 AM in the Parish Center. ECW supports the parish and the needy through various projects, partly funded by several bake/casserole sales held each year. One of its main missions is the Bereavement Program. ECW provides a reception after memorial services, if needed. ECW also provides meals for families at Thanksgiving and Christmas. All women in the parish are considered members. 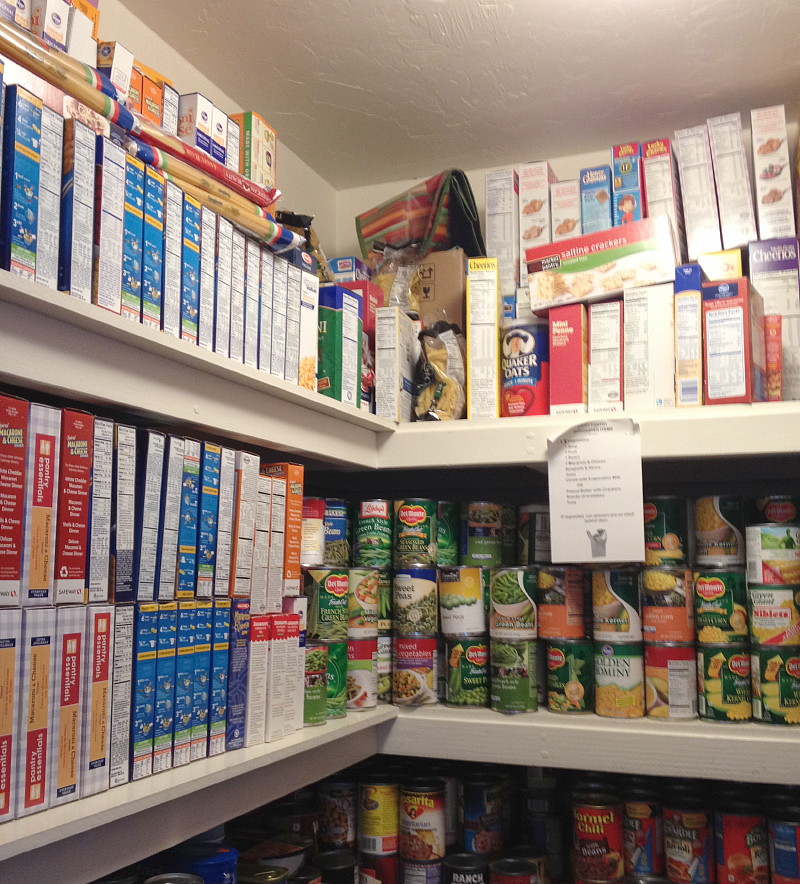 Fowler Fund—St. Michael’s Fowler Community Service Fund, named for St. Michael’s first rector, provides resources for St. Michael’s continuing commitment to service, action, and advocacy in the local and global communities. It consists of two parts, a permanent endowment and an expendable fund. The expendable fund, along with available interest from the permanent endowment, allows us to provide mini-grants to worthy organizations, primarily in the local Tucson community. Recent local grants have benefited St. Michael’s Guatemala Project ($1,000 response to health crisis in Guatemala); and $500 for CIVIC [Community Initiatives for Visiting Immigrants in Confinement] to set up a national hotline available to persons in detention, who sometimes have no other way to make contacts, at request of involved Parishioner. Previous awards included $500 each to Tucson-based Heartbeat for Africa and international Partners in Health, for work in Sierra Leone and Liberia in response to the Ebola crisis; and $1,000 to Iglesia Episcopal de Santa María, Glendale, to help with losses following a fire.

“Just” Coffee—fair traded, from cooperatives in Chiapas, roasted by a cooperative in Agua Prieta. Just Coffee is available for sale after Masses and in the Church office.

Migration Spirituality—St. Michael’s and St. Philip’s joined together in March 2015 to organize a day-long retreat about migration spirituality. About 45 individuals from seven different Christian denominations attended the event in our Parish Center. A core group including Joyce Tracy and Fr. John Leech, among others, has met monthly to organize future events, including a shrine at the upcoming Diocesan Convention. A weekly prayer list of migrants is circulated to the participants and other interested individuals. If you would like to pray for migrants with us, please contact us. 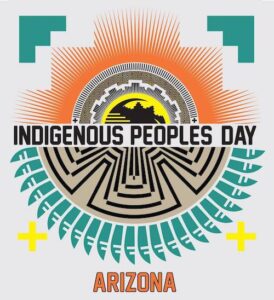 Native Ministry—The Native Ministry team seeks to cultivate and maintain respectful relationships with our Indigenous neighbors, the ancestral People of the Land – the Tohono O’odham, Pascua Yaqui and Sobaipuri. We practice the discipleship of decolonization with attention to recognition and reconciliation. Native Ministry hosts Indigenous speakers, sponsors a Christmas celebration for Pascua Yaqui children and their families, and proudly celebrates Indigenous Peoples’ Day at Mass and in Tucson.

Acknowledging the people of the land, the Sobaipuri O’odham, Tohono O’odham, Pascua Yaqui, and other indigenous people as original stewards of this land, we give thanks for our ancestors, our elders, and for all indigenous peoples who worship with us.

Primavera 5 Points Transitional Housing meal serves up to 30 residents, the first Tuesday of each month. Join a longstanding team.

Social Action Committee—practices the gospel through service and advocacy. Meetings are open to all, third Sunday of the month. The committee periodically holds house mass and potluck meetings. Contact Peggy Van Norman.

TIHAN—Tucson Interfaith HIV and AIDS Network. Once each year, usually in March, St. Michael’s sponsors and hosts the monthly Poz Café meal for people living with HIV/AIDS. Poz Café is now the largest regular gathering place for people living with HIV in Southern Arizona. Lunch is followed by time to hang out, chat, play bingo, enjoy a raffle of fun and useful gifts, and receive a CarePackage of toiletries, paper goods and other useful items. With support from two other sponsoring faith communities, the 2016 crew served 143 people at this event. TIHAN is 100% privately funded. Contact TIHAN, (520) 299-6647.

Wednesday Evening Book Club—The Wednesday Evening Book Club meets once a month for an in-depth book discussion. Social justice non-fiction works are explored and occasional fiction works are selected by the group. Our discussions are lively and interesting. You don’t have to be a bookworm, we warmly invite and welcome all readers! Currently, we meet on Zoom. 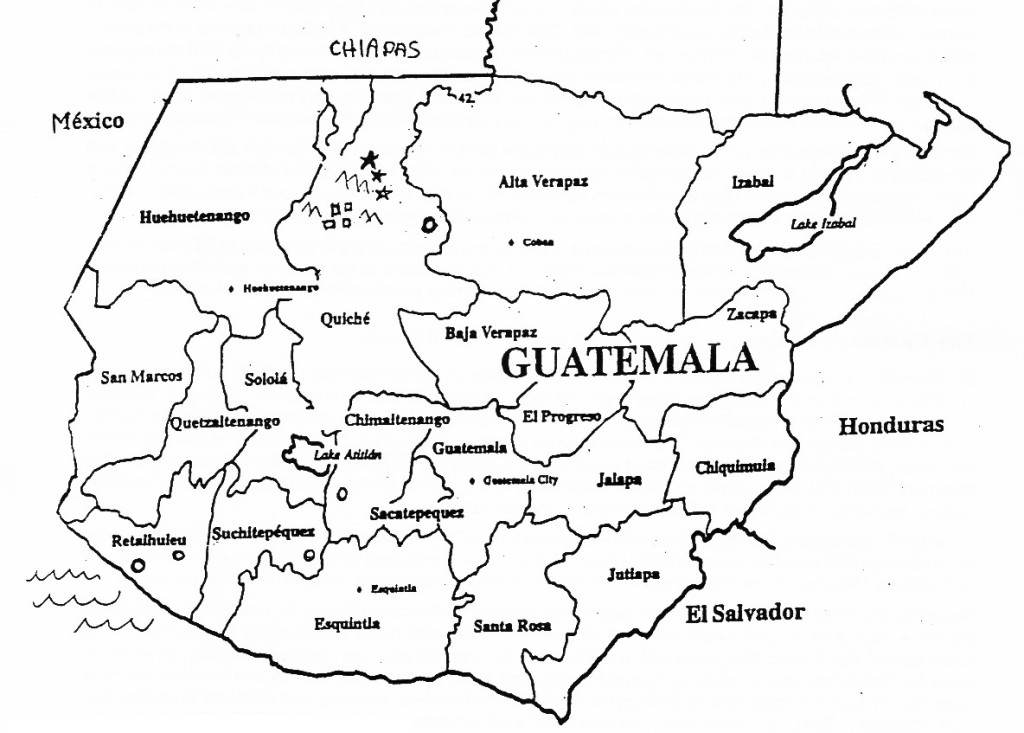 The Maya of the CPR Sierra

[Communities of Population in Resistance of the Sierra]

The CPR Sierra are primarily Ixil and Quiché Maya subsistence farmers from the Ixil area of northern Quiché, Guatemala, one of the areas hardest hit during Guatemala’s long and violent internal conflict. The conflict escalated in the late 1970s and early 1980s, when the Guatemalan military, by its own count, destroyed 440 Mayan villages. Over 200,000 civilians were killed or “disappeared,” scorched earth campaigns ravaged rural communities, and families became refugees in their own homeland.

In the Ixil area many internally displaced families fled beyond roads and into the remotest mountains, where they began to organize as the CPR Sierra. They were subjected to years of bombing, artillery attacks, army incursions. and crop destruction. They estimate half their number died of hunger, bombardments, massacres, treatable diseases, and exposure.

Although the mountains were culturally “home.” few CPR families had clear title to the lands to which they fled. Under terms of the Guatemala Peace Accords (December, 1996), they were entitled to recognition as peaceful, self governing indigenous peoples and to land settlements, development options, and other compensations as civilians “internally displaced” by the conflict, 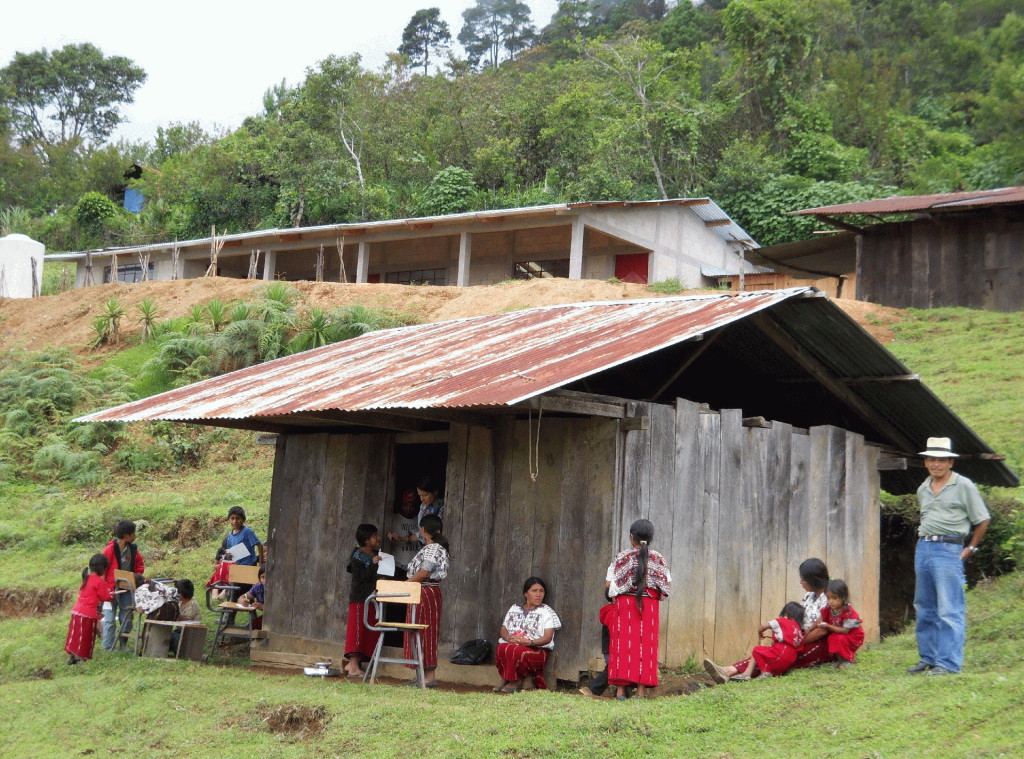 From 1998 until 2000 the CPR Sierra were involved in a massive diaspora to relocation sites as far distant as the hot, disease riddled Pacific coastal plain near Champerico, Retalhuleu. A remnant remains in the Sierra, and others have returned to communities of origin (primarily hamlets of Nebaj). Presently the CPR are situated in 4 major, geographically separated relocation sites and 14 additional small communities. Cohesive social and leadership structures which evolved during the war years are stressed, as the scattered communities attempt to respond to new conditions and yet maintain the purpose and unity that helped them survive the war.

Far from the “holy mountains that defended us” during the conflict, relocated CPR families are struggling with physical and cultural survival, complicated by local prejudices, different crops and climate, lack of natural resources, adverse weather (first El Niño, then Hurricane Mitch, then local drought), and a declining economy. The remnant mountain communities are weakened, isolated, and extremely impoverished.

As Guatemala grapples with economic problems and a culture of violence in the aftermath of 36 years of war, 1,800 CPR Sierra families in the distant resettlements, the mountains of the Ixil area, and communities of Nebaj continue to seek the elusive “vida digna” (life with dignity) promised by the Peace Accords.

St. Michael’s Guatemala Project is a non-sectarian, non-proselytizing informal partnership with the Maya of the CPR-Sierra [Communities of Population in Resistance of the Sierra], who became refugees in their own country as they fled massacres during Guatemala’s 36-year internal conflict. It builds upon a relationship begun in 1993, during the war years. Teams travel each summer to isolated villages, bringing medical supplies, medical care and training. 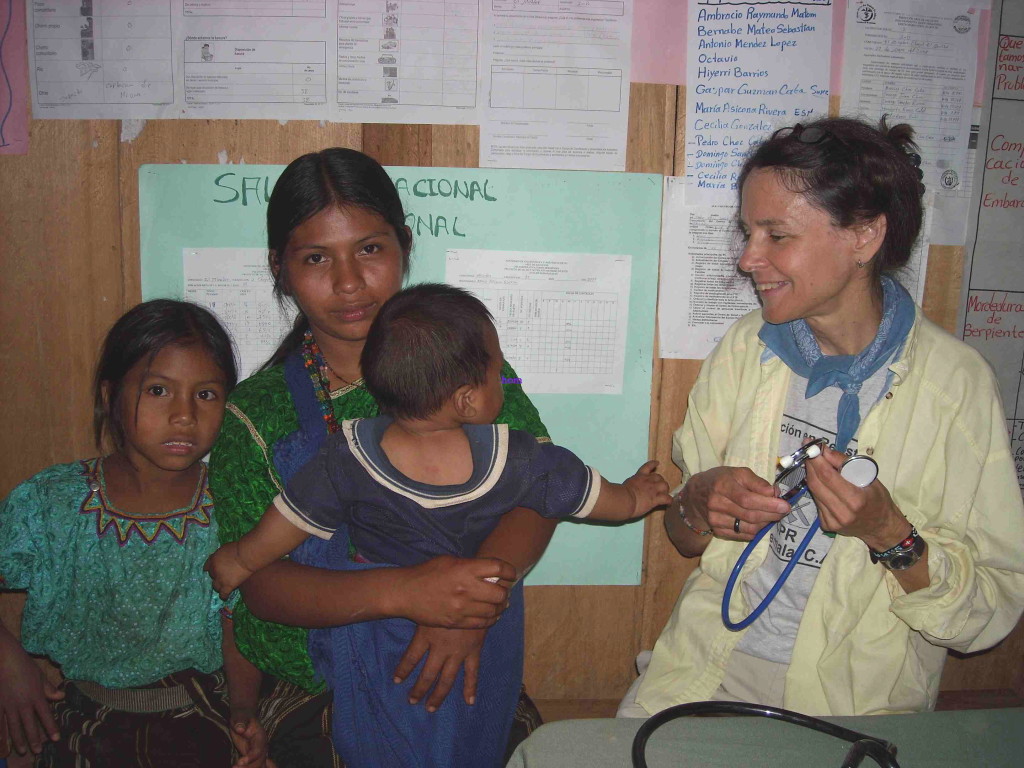 In 2015, Legado Elisabet / Elizabeth’s Legacy was formalized as a separate budget line for designated donations for children needing extensive treatment. It is a much needed, and much used, resource. 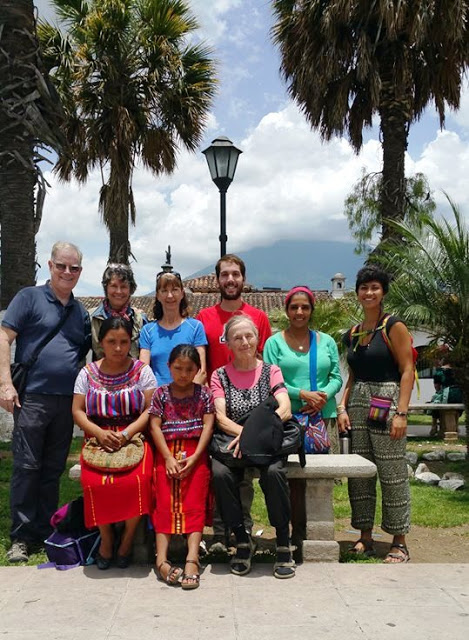 For several years, Fr. Smith and Terri (St. Michael’s rector emeritus and his spouse), working with the Episcopal Diocese of Guatemala in Antigua, greatly expanded possibilities for sustained in-country connections and also have been invaluable in coordinating money transfers and providing on-the-ground support. They have since returned to the United States.